The best DeSoto cars should be iconic with their original design while being visionary at the same time.

DeSoto was under the Chrysler brand from 1928 to 1961. More than 2 million vehicles have been built in its 33 years of business.

The goal of the DeSoto car was to be a mid-tier car, between a budget Plymouth and a high-end Chrysler.

However, one reason why you might not have heard about this car was that it struggled to gain any traction and brand recognition.

And the recession in 1958 did not help the car industry as well.

One interesting fact was that the DeSoto cars were extensively marketed to women and to lower, hippier generations.

But despite the marketing and business failures, DeSoto did leave a mark in our hearts for their outstanding car designs and models.

In this article, we will introduce 5 iconic DeSoto cars that left a powerful imprint on the industry.

Here are the 5 best DeSoto cars, by year and models:

Originally, the DeSoto Adventurer was a sub-series of the DeSoto Fireflite series introduced in 1956.

Nearly 1000 units were sold in that year alone.

However, in 1957, the Adventurer received an updated look.

It has updated tailfins with its new body.

It has a 350hp V8 engine and dual 4 barrel carburators.

There is a reason why this is our #1 DeSoto car.

It is innovative, stylish, and classy.

It also packs a punch too with its continuous engine upgrade and interior/exterior features.

And during its final years of production in 1960, the DeSoto Adventurer was one of two models left that was being produced. 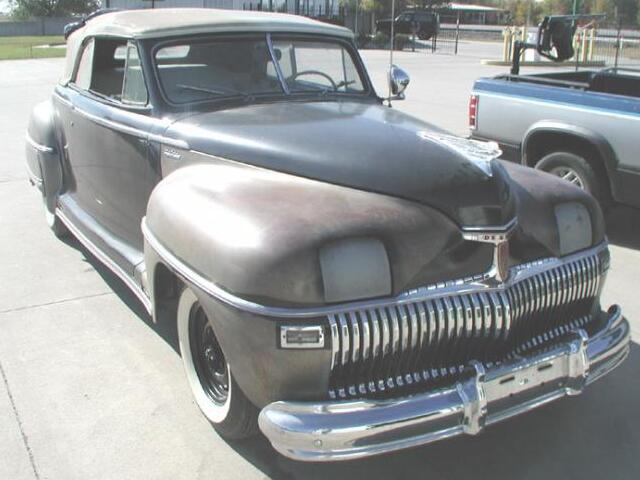 An extremely rare find nowadays and this is only the 2nd most recognized DeSoto car.

Some would argue that this is one of the best DeSoto car due to how iconic it is for its time.

Made during the end of WW2 while rebounding off poor sales from the DeSoto Airflow and Airstream.

You may have seen cars of a similar build because DeSoto also produced the DeSoto Deluxe with the same Custom’s body from 1946-1949.

This is one of the first DeSoto models released, known as the Series K.

Over 81,000 units were already sold during the first year of production, a huge success with a first launch.

However, this was just the start of trouble because, in 1928, Chrysler also purchased Dodge, a well-known brand at the time.

And both DeSoto and Dodge cars were very similar in price and builds.

The solution at the time was to price DeSoto cars just under Dodge models.

Surprisingly, this worked for a while as DeSoto cars still sold and maintained a healthy growth until the 1934 DeSoto airflow was released.

With sales dropping and popularity plummeting, DeSoto launched a revolutionary design in 1955.

Chrysler had all of its 52 plants remodeled and retooled for the launch of its new line of cars, including the DeSoto Fireflite.

The Fireflite was DeSoto’s flagship model, wider and longer than the previous models. It just looks sleeker.

The cabin and sheet metal are more integrated and compact.

The engine was still distinctly pulled out forward to the car body.

Overall, all these changes made the 1955 DeSoto Fireflite a very compelling car against previous designs and its competitors.

Perhaps what is best known about this model are the long, tapering tail fins and the two-tone exterior finish.

You can sit six passengers in the DeSoto Fireflite, going from 0-60mph in 11s with a top speed of 110mph.

The DeSoto Fireflite had a 200hp V7 engine, 4 barrel carburator, and automatic transmission.

The DeSoto Fireflite was the other DeSoto that was still being produced in 1960, its final year.

It used some of the DeSoto Airflow’s aerodynamic structure along with a cheaper body frame design.

And in 1936, the AirStream split into two trim types, the Custom or Deluxe.

The big barrel nosed DeSotos could have been the precursors to today’s muscle cars.

A lot of great technology was introduced, specifically the 1934 Airflow DeSoto.

However, what sealed DeSoto’s fate was the fact that Chrysler had too many car brands to juggle at the time in 1960, Chrysler, Dodge, Plymouth, Imperial, and DeSoto.

As a business, it was decided that DeSoto provided the least value and potential growth at the time with its 33-year history.

But that is how the markets are.

Customers do not enjoy the product so businesses will close up shop and continue building cars we enjoy and want to buy.

Speaking of great cars, make sure you also see what are our top five best Ford Thunderbird cars as well.