What was the best Mercedes 500k ever created?

The K in 500k stands for ‘kompresor’, which is a supercharger and was only placed in performance cars. Each engine had a 160 hp 5.0L 8 cylinder, which can go as fast as 100 mph.

They were fast and furious at the time and remained that way through the test of time.

However, nearly all of the Mercedes 500k cars have been destroyed. Very few were kept in great condition and some were lucky enough to be restored back to their former glory.

In this article, we will highlight the top 5 best Mercedes 500k that survived to this day.

Only 26 of these cars were created in this body style.

And this particular roadster was only the 2nd style of Roadster of 3 variations that Mercedes had to offer at the time.

But this particular Roadster had a single covered tire at the back, compared to the standard two tire stack on the back, which the top spare exposed. 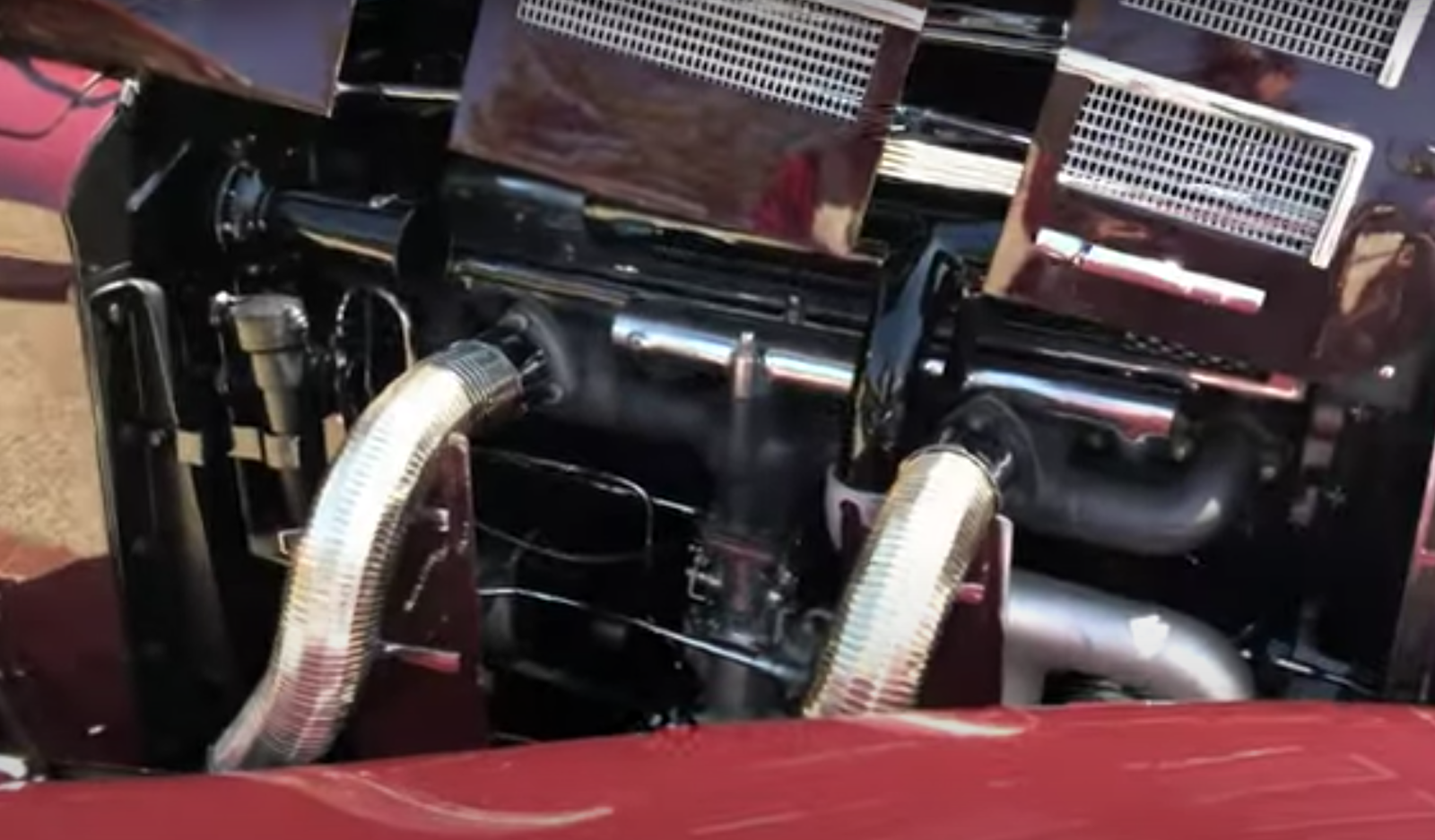 Given how rare and how exotic this car looks, this is my number one spot for the best Mercedes 500k car. This car has an interesting backstory.

It was ordered by a German publisher and he had it for several years.

The car headed to North Africa and was abandoned in the desert.

A US general found the car and had it brought back to the States to have it fully restored. What more could be said about its interior.

It’s made of wood, leather, and the dashboard, of pearls. You can see the supercharger at the front of the car.

A very powerful motor for its time, a 160hp engine when fully engaged. 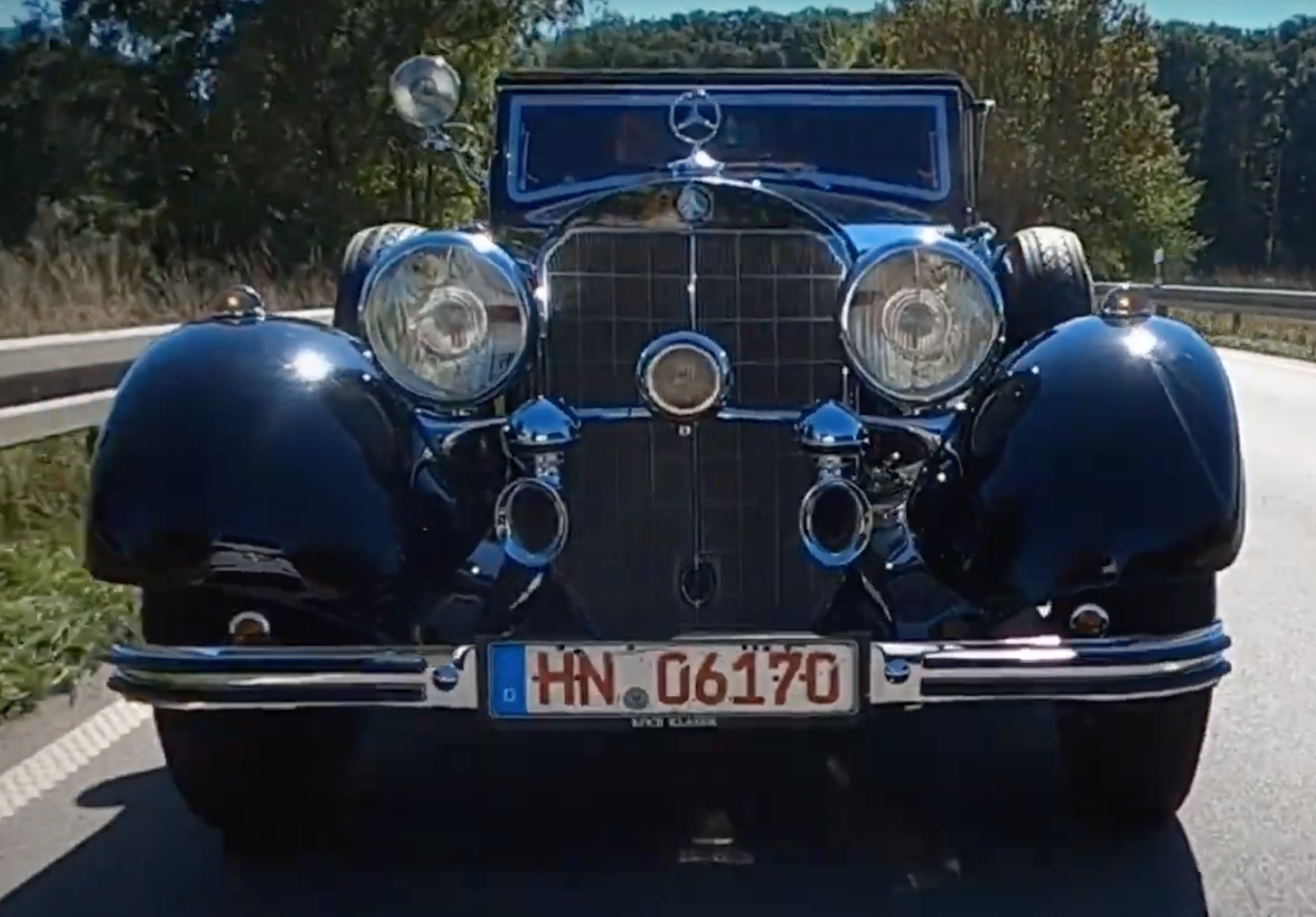 This particular Mercedes 500k was built in 1934 in Sindelfingen as a right-hand drive car.

But of this Cabriolet C variation, only 70 was built, while more than 200 were built using the more “normal” body.

Already, you can see a difference between the Cabriolet C and Cabriolet A versions.

The Cabriolet C has two tires on the side of its body. 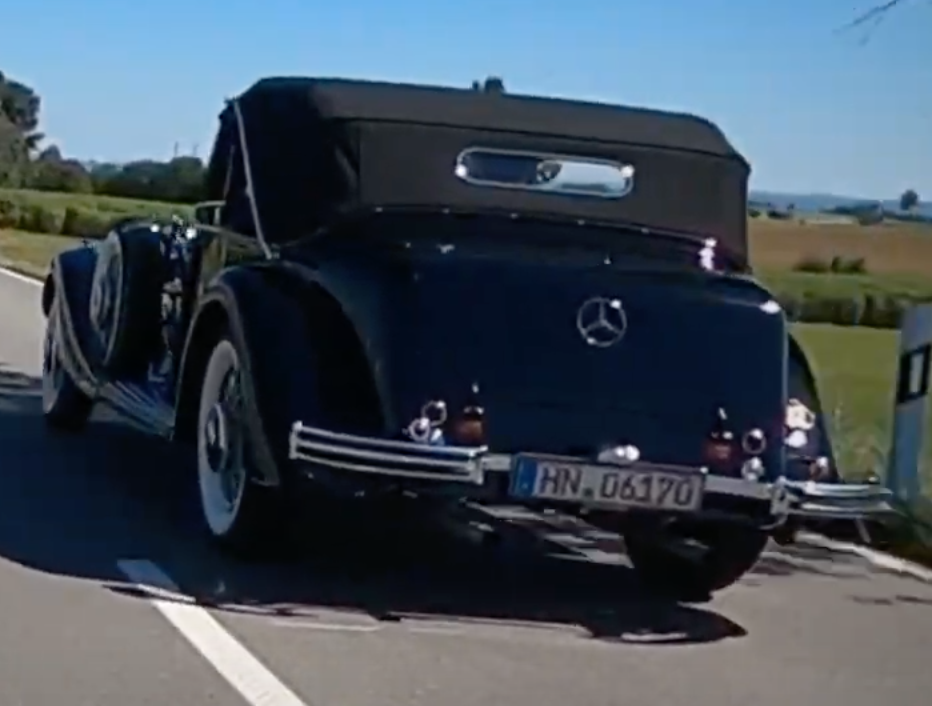 The back is also a bit bulkier than its Cabriolet A version.

However, the interior still remains stunning.

Here, we see the rare right-handed wheel along with the wooden interior, pearl dashboard and leather compartments. 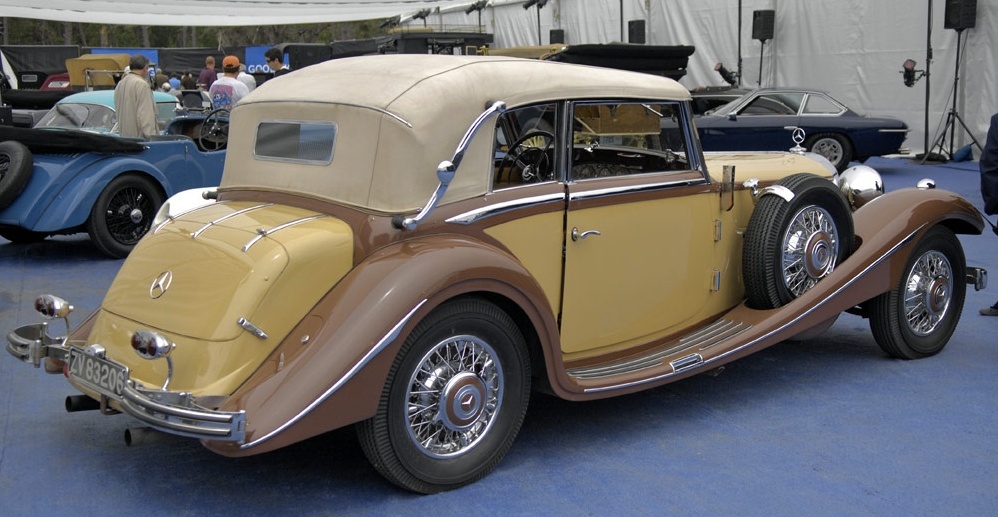 The Cabriolet B was a 4-5 seater, 2 long door, and 4 functioning window car.

This is considered only of the late models of the series.

This particular Cabriolet B is more sleek than the earlier versions.

This car was in Germany until the 1980s and was brought to the United States in the 1990s. In 2000, it was sold around until it made its way to Great Britain. 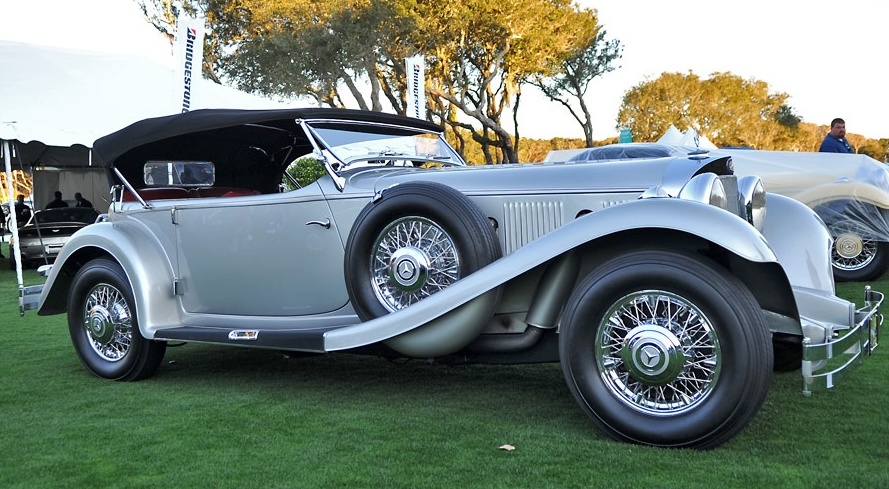 This is only one of sixteen Open Tourers produced and similar to the other models, very few of the 500K Tourers survived or even exist today.

This open coachwork was offered in four varieties, ranging from ‘A’ to ‘D’.

This particular car had its share of ownership transfer along with being abandoned in Berlin during a Russian invasion.

It was brought back to Austria, then to the United States where it remains to this day.

Its original interior color was black but was later changed to red.

The externally visible exhaust pipes with metal hoses and the letter “K” should not be used to differentiate between the two cars but should instead be used to identify that these cars are supercharged sports cars.

These are my top 5 Mercedes 500k vehicles.

I wanted to include multiple 1934 versions but I could not find any pictures that would justify how great the car was.

Only replicas or toy models were available and I think that it would be better to not show toys or replicas for such an amazing car.

Depending on the design, these Mercedes 500k can be worth a ton of money.

It can climb steeply since some collectors have deep pockets.

But that should not be surprising.

These cars are extremely rare and are even rarer to find in working and presentable condition.

If you are also interested in other Mercedes car models, check out the differences between G500 and G550 G Wagons and our top 5 G Wagons for overlanding.