I have always wondered what the best ford thunderbird models were.

After all, they were not made recently.

Will we see another Ford Thunderbird comeback?

Before we answer that question, let us rank what were the best Ford Thunderbird models so far.

In this article, I will based my ranking on novel ideas, and style.

Though the Ford thunderbirds all have powerful V8 engines, they were not put to good use and in later decades, other Ford models and competitors later used larger and more powerful engines to boost performance.

In short, I will take notes on the Ford thunderbird engines but they will not be what I ranked them for.

Here are the 5 best thunderbird cars, by series and year: 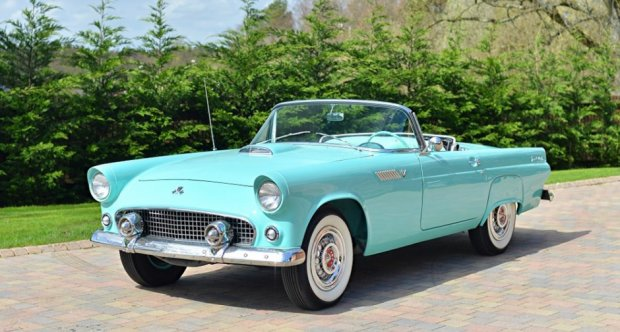 Iconic for its time, Ford faced steep competition with other manufacturers, particularly the Chevrolet Corvette.

The Chevrolet Corvette entered the American car market with its muscle car like parts and looks as well. It used muscle car powertrains.

Ford took a unique approach to this situation, making its first-generation Thunderbirds more about luxury and less about power and performance.

Creating its own niche, Ford enhanced its Thunderbirds to be the dominant car series in terms of style, presence, and swagger.

That is one good looking car…

This submodel is part of the eleventh generation of Ford Thunderbirds, the last batch to be produced so far.

However, this was shortlived as sales for the eleventh generation Thunderbirds could not be justified and production was discontinued in mid-2005.

The eleventh generation Thunderbirds was an attempt to capitalize on old retro car nostalgia, coming back to the original 2-seater convertible look.

The fourth-generation Ford Thunderbirds had three models, the convertible, the hardtop and the Landau (as shown above).

Predominantly a luxury car at this point, the Ford Thunderbirds still used the standard 390-cubic-inch V8 engine from its roots.

Later models have a more powerful engine but it was not the primary reason to get this car.

This series was used in several productions and films, such as the Highlander: The Series, Goldfinger, Thunderball, and Murderers’ Row. 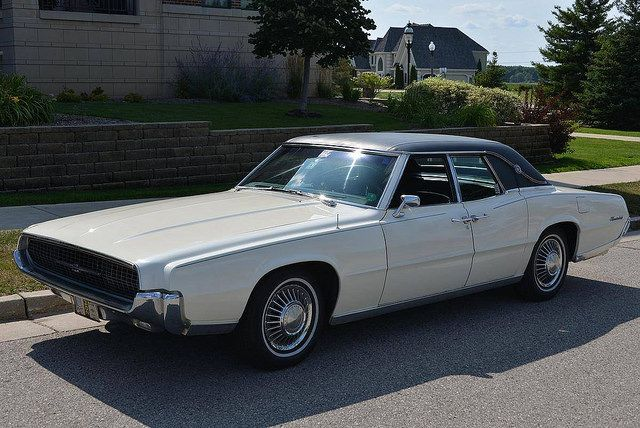 Ford’s fifth-generation thunderbirds had major changes, one being that it introduced a 4 door car for its Landau model.

However, the 2-door hardtop and landau were also available too.

One reason for this major change in looks is that Ford introduced the Mustang in 1964 and had similar features as the thunderbirds but was cheaper.

This produced a major marketing challenge and you guessed it, sales for Thunderbirds plunged.

A bigger car with 4 doors…

The public seemed to enjoy these changes and the Ford Thunderbirds created its own spark needed to surge into the 1970s. 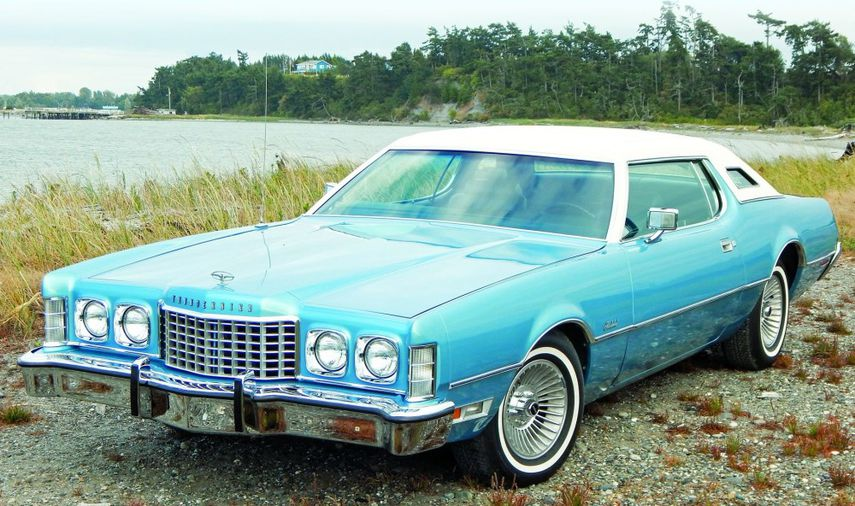 The sixth-generation Thunderbirds soared into the car market as a large luxury coupe.

The sixth-generation Thunderbirds were the most produced series out of the eleven in thunderbird history.

Instead of continuing its partial success from the fifth generation, the sixth-generation offered only a 2-door hardtop version, 1 model for its entire sixth generation.

But it was the biggest Thunderbird Ford every produced so far along with a very large engine.

The Ford Thunderbirds were a swing and a miss.

But it was all downhill from there. There were occasional spikes in popularity, sales, and nostalgia in later decades but Ford could not capitalize the car markets with their Thunderbird models.

Unless they revamp their design to improve on efficiency and power, there would be a very small chance that we will ever see another Ford Thunderbird production in the 21st century.

Now, we are focused on green energy, electric cars, or super-fast cars.

If your model cannot fit into either one of these three niches, it will be tough to break into the market.

Do you agree? Disagree?

Let me know and thanks for reading…