Corvettes are cheap due to economy of scale, and GM’s business model. By having lower profit margins and cutting down production costs through using less carbon fiber, reusing parts, limiting customizations, etc. Corvettes can be sold to everyday people for an affordable price.

These reasons may not be a bad thing if you still enjoy driving Corvettes.

However, when it comes to value and what you purchase, you should understand where GM is cutting corners so that they can sell you a Corvette that MSRPs for around $60,000.

In this article, we will discuss why Covettes are so cheap for being a sports car.

This also includes buying parts as well. Since parts are interchangeable, like bolts, this will also speed up production time, and lower costs.

Using automation and lean manufacturing, corvettes can be mass-produced with a low price ceiling, relative to other performance vehicles in the same industry.

Take, for example, the Nissan GTR, which has the exact different issue as the corvette.

When you let machines take over human labor, expect production costs to decline and output to steadily increase.

This is one example of an economy of scale that makes corvettes cheap.

While it may look like a bunch of wires, it has over 100+ different types of connectors, 17 different ground sources, heat shielding (polyethylene tape with reflective coating), NOX sensors, etc. This is just the start though…

While this is groundbreaking technology for the C8 Corvette, this will be a standard component for all future GM products eventually.

It did start off as a novel idea but the company needs to make money.

Being a global brand and also an American car icon, GM can afford to run lower profit margins since they produce a ton of different products.

Whether the Corvette product line does poorly, they can still offset that loss in the future years by having a strong fiscal year from other products or future adjustments.

If the Corvettes are selling successfully, GM has successfully implemented their business model and can continue to produce cars that people want to buy.

Yes, some of the custom colorings, leather, and panels are made exclusively for the Corvette. This is one of their major selling points.

However, there are a ton of devices that go unnoticed that can really drive the costs down, so much so that Corvettes look cheaper than they really are.

The same switches you used to recline and move your seat… they are not special.

I hate to be the bearer of bad news… they are not customized for you.

The switches in the steering wheel are made of plastic.

It’s cheap and it drives the costs lower.

The Corvettes used the GT1 seats, which is the most basic package for Corvettes.

Even with the LT package upgrade, the quality of leather does not improve drastically. Of course, this is compared with other exotic brands that actually source their leather to make sure their customers get exactly high-premium leather.

For the 2021 Corvette Stingray, 12 colors are offered and 10 accent stripes. This is not too shabby in terms of choice variation.

However, what if you wanted a very unique or specific color? Two different tones of paint? Carbon fiber on some of the exterior?

Good luck getting any of these customizations done by your dealer or manufacturer. You would need to buy extra for someone else to perform those jobs.

Compare that with purchasing exotic cars. Whatever you want or need for customizations, you can get it done but it will just cost extra.

No more extra work on your end. You just need to pay more money.

Again, this makes Corvettes cheap relative to other services.

A ton of fancy cars have gull-wing doors or scissor doors, the Chevy Corvettes are still using the standard door most cars use.

The door handle is a bit different but for the most part, this door has a ton of exchangeable parts that make production so much easier.

Aside from the extra plastic covering, the Corvette’s engine looks very basic and not eye-appealing.

For a very nice car, you would expect to be wow’d by everything. This is where the engineer’s brilliance and attention to detail shine even if you cannot see it.

However, this is not the case for the Corvette as many parts are reused, and are of lesser quality.

Functionally, the parts are solid and will be exactly what you pay for. But that’s the issue, right?

It’s cheap but at least you do not get to see it. That’s what the Corvette team hopes anyway.

Here is the backside of the car hood, where you can obviously see that the parts are not made of aluminum. 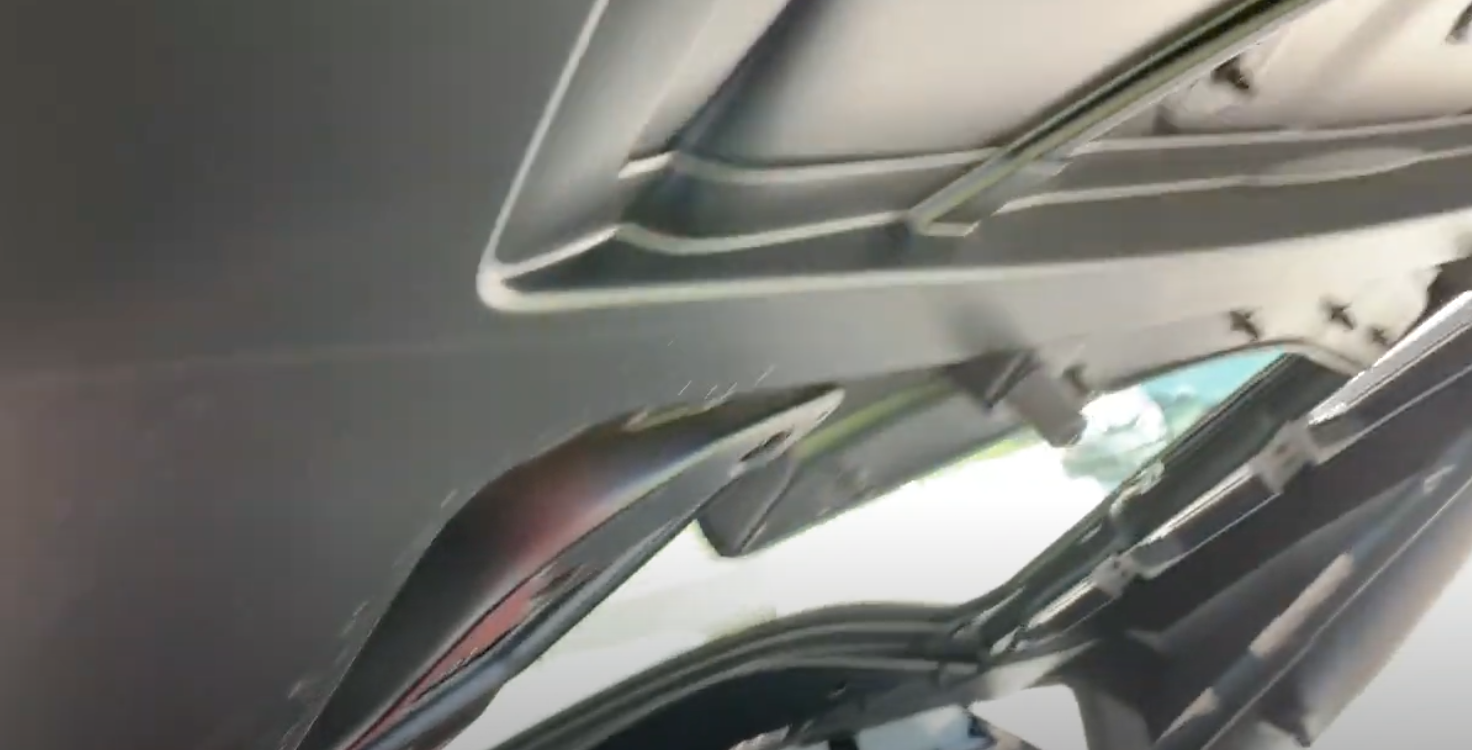 Research and innovation proved how great of a material carbon fiber is. It’s lightweight and durable at the same time.

There is a sort of a race to see who can implement and build the best car with all the knowledge gained up to this point.

The Corvette offers carbon fiber shroud in the engine but that’s the only place where you will get any of it.

Why the Corvette is expensive today

Despite these reasons, the 2020 C8 Corvette was impacted by the strikes. So, the production time was delayed.

When production was starting to ramp up, the pandemic hit, and a ton of production shut down again.

This will create an artificial bidding war for those who wanted the car.

Not much has changed and with the 2021 Corvette Stingray being released, we can expect much of the same.

Since this car is “rarer” now, dealers can charge whatever they want, making it seem expensive when it should not be.

There you have it.

All the reasons why Corvettes are so cheap, new, or used.

You often hear people say, you get what you pay for. This is not different when purchasing a Corvette for the very first time.

Just understand what tradeoffs you are making before you purchase this flashy sports car.