How do you open your Dodge Charger hood from the outside?

It can be quite frustrating especially if this is the first time you have dealt with this issue.

Newer cars have better features; for instance, can you even find a new car without a push button start?

How can current Dodge Charger models have issues with the hood latch?

What could possibly be the issue with why your hood is not closing properly? 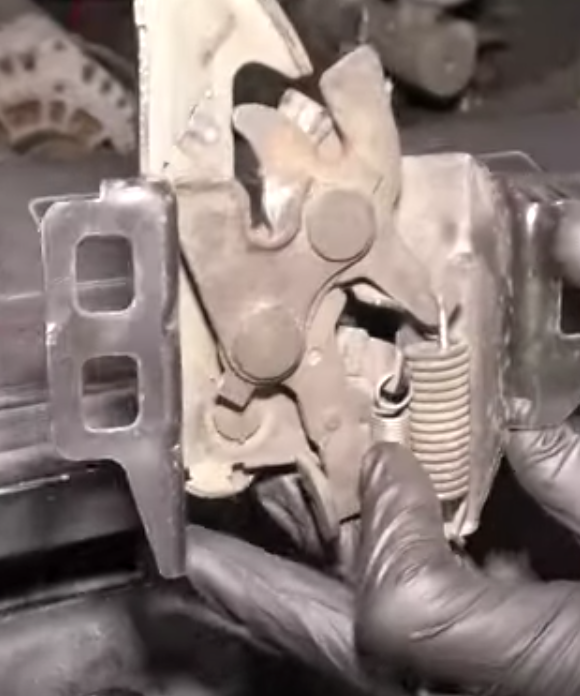 You want to make sure that the cable is retracting as far back as it should.

If that looks clean, just replace your hood latch.

You can get another one from the junkyard from another Charger or Chrysler 200/300.

Your hood latch could have accidentally got tripped into a closed position.

When you slammed the hood to close it, you could have broken your hood latch.

It could also be that inside your hood latch, the little ball is out of place.

So, the fix would be to get a screwdriver and move the ball on the cable.

Another issue to look at is to see whether or not the cable is taut and doing its job.

If the cable came loose from the spring, you need to take off the latch and put it back on.

This is one of the more simple issues you can run into if your Dodge Charger has a hood latch problem.

Your latch could just be worn down after years of usage.

After all, if there is nothing wrong with opening or closing your hood, you would never inspect your hood latch.

But if you do happen to notice dirt or gunk accumulating, give it a good clean.

Consider replacing the whole thing if it’s still not functioning properly after you scrubbed it down thoroughly.

If the bolts holding your hood latch are loose, that means when you are trying to close your Dodge Charger hood, it’s not being closed in proper alignment.

A ton of hood latches have holes bigger than their respective bolts so that they can maneuver around.

You might think it’s a hood latch problem when it could very well be an issue of just adjusting your engine covering placements.

After that, your hood should be able to close properly.

If your Dodge charger hood is not closing properly or at all, it could be that you have a bent hinge somewhere.

This is not a common issue since your car’s hood needed to be open for someone or something to bend the hinges.

But this is another easy fix where you can have someone rebend the hinge so that your hood can close appropriately.

So, if your Dodge Charger hood is stuck, what can you do now?

This is how to open a Dodge Charger car hood without the release.

If after all these steps and your hood is still stuck, something is rusted or broken internally if you cannot release the hood latch.

If the hood latch is moving but you cannot lift up the hood, it is likely a cable, handle or misalignment issue that you are working with.

If you are able to make a metal contraption that can loop around the grille of your Dodge Charger and prop open the latch, that also works as well.

It is really all about creativity at this point and what tools you have around you.

Opening up your Dodge Charger hood manually takes a little bit of elbow grease but it is a very easy issue to handle when you have the right tools and know where exactly your hood latch is.

How To Open A Dodge Charger Hood

This would be how you would open a Dodge Charger hood latch if the cable was not broken.

I have already outlined above the reasons why your hood latch is malfunctioning and how you can go around that issue manually.

Few owners may experience no corrosion but many will see some small defect whether it is pain chipping or actual aluminum rust. 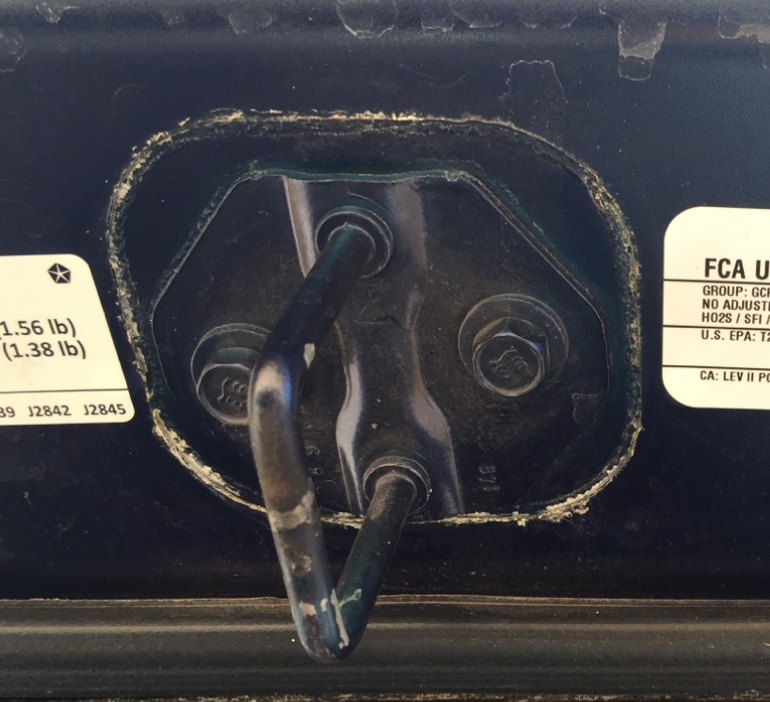 This is behind your hood.

There is a theory that if the latch is disfigured bad enough that your hood will go flying back during the highway.

No one wants that to happen but here are two solutions Dodge Charger owners seem to be adjusting to this issue:

The corrosion happens when two different metals come in contact with one another.

Maybe one of the reasons why Dodge Chargers are so cheap is that they cut costs in materials.

For the Dodge Charger hood, that is an aluminum hood latch with a steel part on the bottom.

Here is another picture of a really corroded hood latch:

We can analyze what type of corrosion you may have as well:

Since the Dodge Charger hood latch is made of aluminum, we will discuss that section.

This means that if paint prep and priming is not perfect, the surface will corrode and the paint just peels off.

Dodge Chargers are not the only cars affected by this chemical property— Ford also has their own set of issues using aluminum.

Your biggest concern, why is my Dodge Charger hood latch corroding?

It may be to due soapy water, road spray— some liquid traveling down the lowest point in your hood.

It is amplified by the hood scoop opening to allow more moisture into the hood.

You might be wondering why a muscle car has a blower if it causes trouble.

A carbon steel striker (cathode) with an aluminum hood (anode) with water (electrolyte) will yield a galvanic corrosion.

This is basic high school chemistry.

This a lot better than figuring out battery chemistry— speaking of which, which is the better battery: X2 Power vs Odessey Battery?

And to fix this;

It looks like rubbing compound can clean it off but it will take some effort.

It may not even be rust taking place.

This has worked for some owners but for many, the rust still returned after a good cleaning.

This is how you can work around Dodge Charger’s hood latch problems.

Whether it is closing/opening the hood or corrosion, you now have knowledge to solve it.

There is no reason why you should not be an owner of the latest Dodge Charger models.