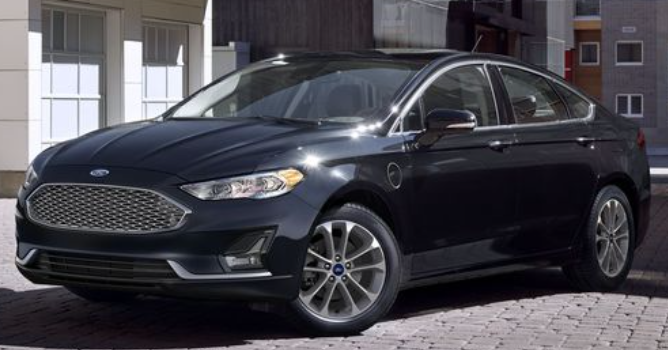 Is it a car that you can take brand new on a road trip?

Though the Ford Fusion is now retired, the last model cost less than most of its rivals. Even in the used car market, cars like the Honda Accord and Toyota Camry command more. So why is Ford Fusion Cheap?

To begin with, the Ford Fusion came on the back of some terrible Ford vehicles like the Ford Focus and Fiesta. The belief that the Fusion is a bad car did not help matters as well. This apparent lack of faith in the car isn’t the only reason, as the dreaded transmission of Fusions play a role in the low selling price.

Getting to the bottom of why Fusions are cheap isn’t the only thing we will do. We also review their maintenance cost and why Ford stopped producing them.

A major crime of the Ford Fusion is its name. Fusion comes from a family (Ford) that produced Focus and Fiesta. Two terrible cars. Even though Fusion compares better to any of those two cars, it’s tainted by association.

Some of the problems associated with both cars include the dodgy transmission, warped brake rotors, and rear bearing corrosion. These problems ensured that Ford Focus remains one of the worst used to buy.

Fusion also has some inherent problems, but it’s a far better car than the Ford Focus. However, the perception remains. This unfair perception has affected the car in the battle with Toyota Camry and Honda Accord. These are some of the best sedans on the market.

Competing against these better cars is why used Fusions cost less than used Camrys, for instance. There is a fear that the maintenance costs might be on the high side. The fear is a reason why Ford Focus is cheap.

In the North American market, there is a shift in the type of cars wanted. In recent times, the preference has moved from sedans to SUVs and trucks. Sports Utility Vehicles have more space, move comfortably in all weathers and terrains, and have more cargo space.

As millennials start to get married and raise families, their car preferences also begin to change. Maybe it’s a matter of size or the perception that trucks and SUVs offer more safety. The truth is there is a downturn in the demand of sedans like Fusion to trucks and SUVs.

This decline in demand contributed in lowering the price of both new and used sedans, the Ford Fusion inclusive.

The Ford Fusion is a good car. However, there are better midsize cars. Let’s take the 2018 Fusion. For instance, cars like Camry, Accord and Sonata rank higher than Fusion. They also cost more than Fusion.

The 2019 model isn’t different. Camry, Kia Optima, and Sonata rank and cost more than Fusion. Some of the ways these competitors have better engines, more fuel-efficient, or more safety features.

There is a bias against Fusion because there’s a belief (earned, of course) that the Japanese sedans are better. The rankings, the sales figures for both new and used cars, and the vehicles’ price reflect that.

Ford made a lot of Fusions. The Fusion won the 2017 Fleet Car of the Year. The fact that many fleet managers consider Fusion of choice further reinforces the fact that many units were made. The Ford company does it to reduce the production costs and fully utilizes its production line.

However, the downside to this is that when these fleets need to be upgraded, the used cars flood the market. A flooded market means there are more cars than there are people who want them. This causes a reduction in the price of the vehicles.

A large supply results in low prices. While it is a sound strategy from Ford to make a lot of cheap cars, it does not help the resell value.

Not only did they reduce costs by partnering with Mazda, but Ford also reduced costs by producing the cars in Mexico. Not building the vehicles in the US ensured cheaper labor costs, fewer taxes, and overall cheaper production costs.

Cheaper productions costs mean a reduced selling price when the cars roll off the factory floor. This strategy is another reason that makes Ford Fusion cheap.

When selecting sedans, one of the major requirements is the car’s fuel efficiency. When you consider the 2020 Ford Fusion, for instance, one of the few cons of the vehicle is its poor gas mileage. Many other competitors bettered by its 20 miles per gallon in the city and 29 miles per gallon for the highway.

Accord and Camry have better fuel economy than Fusion. Rising fuel costs mean prospective buyers consider how long fuel last in the tanks. In this area, Fusion comes out on the losing side.

This disadvantage affects the price of Fusion in the market because many cars offer more power, better cargo space, and, importantly, better fuel economy.

Like every Ford car, some Fusion models (2012-2014) have transmission problems. Some of the reported issues include hesitancy in shifting, shuddering, loss of power when the car comes to a stop.

Every model has complaints about its transmission, but the models from 2012 to 2014 have the most complaints. As you should know by now, there is no cheap or easy fix when transmission problems crop up.

Fusion’s reputation of having some models with transmission problems leads to the belief they are all the same; Especially as the issue is rampant in many Ford cars. These problems also add to reasons for the relatively low value of the vehicle.

Another reason that affects the price of used Fusions is the other problems that plague the Fusion. Other cars also have problems bedeviling them, but the Fusion is a Ford car, so there’s a possibility of blowing their issues out of proportion.

Here are some of those problems.

This problem arises from the Ford design for Fusion lug nuts. They designed an aluminum cap over the steel nut. When these nuts get hot, they tend to swell and make replacing a tire a pain.

This problem isn’t that serious. It’s more of a nuisance when you want to change your tire.

This problem is so common among Fusions that Ford had to recall Fusion models between 2010-2014. The steering problems crop up when the car gets to 80,000 miles. Some of the complaints include failure of steering power and power assist.

The 2014 model has the most complaints about this issue. To fix this problem, it costs an average of $1,500/

Are Ford Fusions Cheap to Maintain?

Fusions have an average annual maintenance cost of $581. Compared to the average maintenance costs of $651, you realize that Fusions are cheaper to maintain than most cars.

Why Is Ford Fusion Being Discontinued?

Ford discontinued Fusion, including the AWD Fusion Sport, in North America because they wanted to concentrate on more popular Ford brands. The American market preference has shifted towards trucks and SUVs, and Ford wanted to make cars that met that market segment.

Why Is Ford Fusion Insurance So High?

The insurance costs for Fusion come to around $1600 annually. This amount makes it more expensive than the midsize class average of $1,516. The reason for this is the additional liability insurance costs.

Fusion owners have an above-average liability insurance claim when compared to other models. The highest claims come from personal and bodily injuries.

Ford Fusion is a good car. It is comfortable to drive, has adequate cargo space, and its higher trims come with an all-wheel drive. However, despite these great things about the Ford Fusion, it still doesn’t command a high price in the used car market.

The bias against other Ford compacts, their transmission problems, the large number of cars produced all factors against the price of the Ford Fusion.

As a buyer, you should not have any regrets about buying a used Fusion.  However, ensure you check the transmission (especially the guilty models) and the steering issues. It is a car surrounded by bad siblings and stronger competitors.