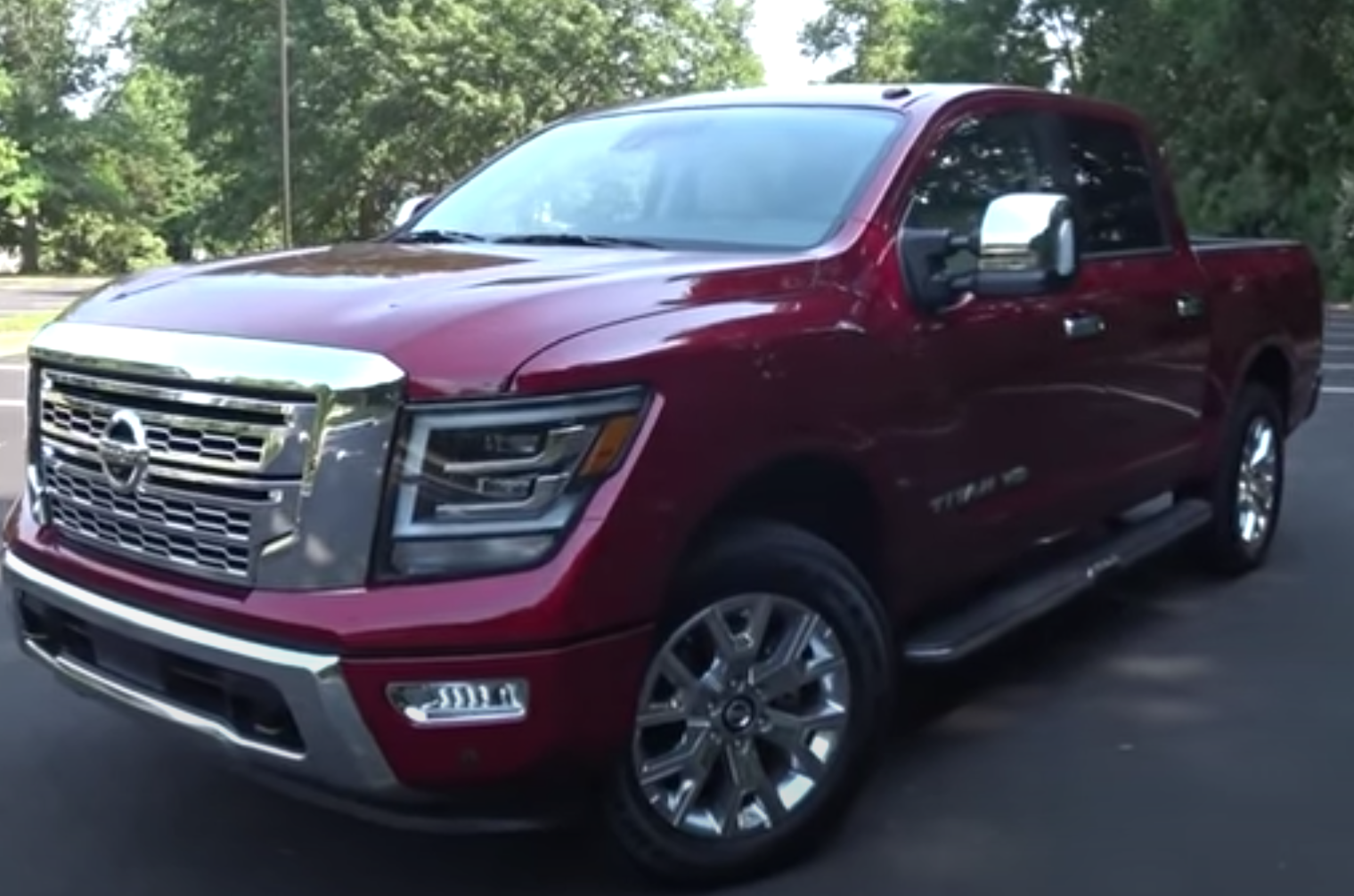 A high mileage Nissan Titian has at least 250,000 miles run, with some going over 300,000 miles. While owners are expected to replace the tires, brakes, and spark plugs when worn, the robust engine and towing capabilities allow the Nissan Titan to continue to dominate over its competitors.

If you’re on the market for a reliable pickup, you’ve probably heard some things about the Nissan Titan. Named after the Titans of Greek Mythology, the Nissan Titan is a full-size pickup truck that has a reputation for lasting a long time and being able to withstand high mileage.

Since many pickup owners need to use their vehicle for a variety of tough conditions, it’s important to consider whether your new truck can withstand high mileage and heavy wear and tear.

In this article, we’ll be going over the limits of the Nissan Titan, including what is considered high mileage and why Nissan Titans run for so long compared to other vehicles on the market. Stay tuned if you want to learn all about the Nissan Titan!

Per Year Run, what is Considered High Mileage on Average?

First, let’s go over what would be considered high mileage on average for a Nissan Titan. This can be a bit of a complicated question since many different figures and measurements factor into this.

At a baseline level, you can expect a Nissan Titan to last around 250,000 miles with good care and maintenance. Considering the average American drives around 13,500 miles per year, this means that the Nissan Titan would last between 16 and 19 years for most drivers. Some sources suggest that the Nissan Titan could last even longer than this, provided that it is meticulously cared for. A regularly serviced Titan could last up to 300,000 miles, or 22 years at 13,500 miles per year.

Nissan Titans have a reputation for being long-lasting and being able to run well on high mileage. Research showed that 0.4% of Nissan’s models sold with over 200,000 miles on them. And if you are lucky, you could reach upward to 500,000 miles on your Nissan Titan but this is rare.

It is not too surprising to hear Nissan Titan owners boasting about having 100,000-150,000 miles on their truck while still feeling like it is brand new.

While there is little guidance on exactly how many miles you should drive in your Nissan Titan per year, sticking around the 13,500-mile average should help you ensure a 16+ year lifespan for your vehicle.

Which Parts Make the Nissan Titan so Robust?

Now that we’ve gone over how many miles a Nissan Titan can last, you might be wondering what sets this truck apart from the others on the market. One of the main reasons the Titan is able to last for so many miles is because it has a top-notch engine. The Nissan Titan is equipped with a 5.6 liter DOHC 32-valve endurance V8 engine, which is undoubtedly one of the reasons the vehicle is so robust.

The Titan has a number of other features which allow it to last for so many years as well. The Titan has received some criticism for its tow and payload abilities, but this might actually be an advantage if you want your pickup to last a long time. The Titan has the ability to tow up to 9660 pounds, which is plenty for the average owner. The lighter towing capabilities ensure the owner does not put too much stress on the vehicle, and some auto enthusiasts have speculated that this is one of the reasons why Titans seem to last so much longer than the other pickups in its class.

In addition to these features, the Nissan Titan has a warranty that covers five years of driving or 100,000 miles. This warranty policy has been called the best in its class, and it suggests that Nissan is comfortable in guaranteeing the Titan’s reliability.

With the top-notch engine and other features that allow it to reach such high mileage, it’s not hard to see why.

Which Parts Tend to Break Down for a High Mileage Nissan Titan?

While the Nissan Titan has a number of wonderful features which allow it to last for so long, there are a number of parts you’ll have to replace or maintain if you drive one of these trucks for its full lifetime.

Of course, this is the case for all vehicles, but it’s still important to know about common issues if you’re considering a purchase. Some of the common problems with high mileage Nissan Titans include:

If some of these issues with Nissan Titans have you worried about purchasing one, don’t be.

Any vehicle you drive for 15+ years is going to have maintenance costs, and the Titan is actually at the lower end of the spectrum on that front. High mileage Nissan Titans cost on average $555 to maintain annually, which is far below the average truck estimated at $936.

This can actually make or break a company’s reputation if there are certain parts that are consistently made with inferior quality or just break down rapidly like some of the Acura product lines. But you should also be keen on these cars if they would make a good first car—

Overall, while there are parts that break down and will experience degradation from regular wear-and-tear, the Nissan Titan is a highly reliable vehicle that should cost less than average to maintain.

To wrap things up, if you’re looking for a reliable truck that you can drive for many years, the Nissan Titan might just be for you! While there are some maintenance costs associated, a Nissan Titan that’s been well looked after can last between 16 and 22 years on the road.

Of course, it’s important to take into account how you intend to use your vehicle if you’re wondering how long a Titan will last for you personally.

If you’re regularly putting your truck under stress and doing things like speeding, driving off-road and on damaged roads often, and towing loads higher than the recommended limit, it’s not going to last the full lifespan that it would with proper care.

Overall, the Nissan Titan is an investment, and as long as you do your due diligence with taking it in for regular maintenance and replacing parts as needed you can expect your truck to last a hefty lifetime.

The Nissan Titan is fairly affordable as well; be sure to check out these other vehicles to know where you should expect the most value from—